When Medications Do More Harm Than Good 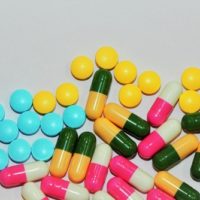 Nearly seven in 10 Americans rely on prescription drug medications each year to relieve pain or some other chronic condition. More than half of those 70 percent rely on at least two medications to feel better, and 20 percent take five or more medications at any given time. Unfortunately, we live in an era in which drugs are prescribed not as a last resort but as the solution. While there are certainly some conditions that require prescription medications, many do not, and oftentimes, prescribed drugs end up doing more harm than good.

Most prescription drugs are released onto the market without being adequately tested first. This results in serious or even deadly side effects. It can take dozens of people suffering from disabling injuries or even death for the FDA to finally pull a defective drug from the market. Until that happens, the drug will continue to be prescribed, except it will boast a new label with additional side effects added to the list, just as a “precaution.”

Defective Drug Recalls on the Rise

Pharmaceutical companies occasionally need to recall a drug if they get too many complaints. While reasons may vary for the recall, a recall generally has to do with product packaging and mislabeling, contamination, improper testing, or inherent safety issues which could lead to harm or even death. To let consumers know why a drug has been recalled, the FDA will categorize a recall in one of three ways:

Get Help From a Miami Personal Injury Lawyer

At Spencer Morgan Law, we understand that prescription medications are necessary for treating a myriad of conditions. Not all prescription medications are bad, but those that are can cause serious harm to the people who take them. If you or a loved one was prescribed a medication that ended up doing more harm than good, and if you believe that the pharmaceutical company should have been aware of the dangerous side effects, do not wait to get help. Contact the compassionate and knowledgeable Miami personal injury attorneys at Spencer Morgan Law either online or by phone today.