What Is The Likelihood That Your Car Accident Case Will Go To Trial, And What Does Trial Mean For You? 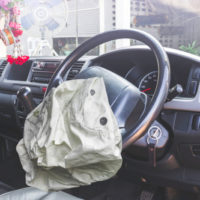 Despite common belief, just because you file a legal claim with the court system does not mean that you will have to go to trial. In fact, it is rare for civil claims to go to court at all. If the two parties can come to an agreement via negotiations and/or mediation, the matter can be settled without a judge and jury, which is often the most beneficial way to settle a claim for both parties. That said, there is no guarantee that your claim will be so easily settled. If you and the other party cannot come to an agreement, you will be forced to go to court and present your respective cases before a judge, who will then decide the outcome.

Benefits and Pitfalls of Taking Your Case to Trial

The truth is that going to trial for a personal injury claim generally has more pitfalls than it does benefits. For one, going to court is unpredictable. When you settle out of court, you are guaranteed some sort of monetary award, but when you go to trial, you risk getting all or nothing. For individuals whose case is not foolproof, the “or nothing” bit is a scary thought, especially when any amount of compensation would be helpful.

Another pitfall of going to trial is that the fees add up. When you go to trial, your lawyer will need to put in additional legwork to build as foolproof of a case as possible, meaning your attorney fees will quickly add up. Before you decline an award offered during negotiations, speak with your Miami car accident attorney about the strength and value of your case. Even if you do win in court, the settlement you are awarded may barely be enough to cover attorney fees, and in the end, even if the amount is greater than what you were offered during negotiations, you may still walk away with less money after you pay your lawyer.

That said, there are some benefits of going to trial, the biggest of which is that juries can be surprisingly generous. If your case is a solid one, and if your injuries are bad enough, the jury may determine that you deserve significantly more than the amount you initially filed for.  This is especially true if the insurance company is suspected of fraud or bad faith, which is when an insurance company refuses to pay for or denies an insurance claim for invalid reasons. To learn more about insurance bad faith claims, read this report from the Florida Senate.

If you were involved in a car accident in which you sustained serious injuries, it is your legal right to pursue compensation for your injuries and damages. However, if you want to ensure the best possible outcome and the least amount of headache, work with an experienced Miami car accident lawyer. Call the law offices of Spencer Morgan Law today to schedule your free consultation, or schedule an appointment online.