Wall Collapses On I-95 And Kills 2 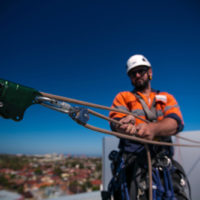 Construction is the most dangerous fields one can be in, which is why the industry is so heavily regulated and bogged down with safety rules and best practices. Yet, despite the restrictions, preventable accidents still occur. In fact, one such accident just occurred last month.

On February 4, a typical Sunday morning, two construction workers died when a concrete wall along Interstate 95 fell on them. While workers or the companies for which they work can only do so much to prevent a car from careening into the work site, it is hard to believe that something could not have been done to prevent a wall from collapsing in an active work zone.

According to sources, the workers were down in a trench repairing drain pipes when the accident happened. The incident was reported at 3:15 a.m. Rescue crews arrived to find both men pinned beneath the rubble. They were pronounced dead at the scene.

Landowners and construction companies are held to the laws outlined in Florida Statutes Chapter 553. If, after performing an investigation, OSHA determines that a company or landowner failed to adhere to the conditions set forth in the Chapter, that entity would be held financially liable for damages accrued in an accident. In the case of the two deceased workers, the families may be able to file a cause of action under 29 CFR 1926.650, Subpart P, which deals exclusively with excavation and trench worksites.

Construction accidents may occur on a far too frequent basis, but that does not mean that they are easy to win. The laws governing the industry are not just complex—they are also very complicated. If you or a loved one was injured in a construction accident in Miami, contact our construction accident attorneys at Spencer Morgan Law for immediate legal assistance. Our team can assess the circumstances leading up to the accident, gather evidence necessary to prove liability, and help you fight for the compensation you need to recover in comfort. Call our team to schedule your free consultation today.