Suing The Government: Is It Worth It? 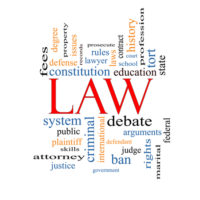 Back in early November, a lone gunman entered a small Baptist church in the rural Texas town of Sutherland Springs and shot up the congregation. 23 people were killed within 20 minutes, two died outside of the church, and one more person passed away in the hospital. 20 more were wounded. The gunman’s name was Devin Kelly, and he used an AR-15 to commit his crime. Though the weapon was banned by the Federal Assault Weapons Ban of 1994, the ban expired in 2004, and Kelly was able to obtain the assault rifle with ease. But he shouldn’t have been able to.

Kelly had a violent history, a history which the United States Air Force knew about. Five years ago, he was convicted of assaulting his then-wife and stepson and was court martialed by the Air Force. The Air Force banned him from ever purchasing a firearm again; however, they failed to relay this information to the civilian world, and when Kelly was no longer an active member of the military, he was able to purchase the weapon without any trouble. In a statement made on November 7, the military branch admitted that it had made a mistake in failing to enter that information into their data base, but by that point, their mistake had already cost the lives of 23 innocent people.

The first lawsuit was filed against the Air Force on Tuesday, November 28, by Claryce and Joe Holcombe. The couple had lost their son, Bryan, in the massacre, along with eight other family members. While our team at Spencer Morgan Law knows how difficult it can be to sue the U.S. government and win, we wish the Holcombe family and other claimants (should anymore step forward), the best of luck in their case.

Suing the government, even for something as grave as what happened in Sutherland Springs, TX, is not easy, and the only real chance a person has of pursuing a claim lies with the FTCA. Unfortunately, suing the government under the Federal Tort Claims Act is still relatively difficult, and you may have to jump through a number of hoops before you can get to the other side. Moreover, most lawsuits against the government are subject to seemingly arbitrary limitations; for instance, the statute of limitations for negligence claims against the government is six months in most cases, but not all. The statute of limitations for each individual case is contingent upon a number of factors, which are too plentiful to delve into here. The point is, suing the federal government is difficult, but why?

Under the doctrine of “sovereign immunity,” a person was not permitted to sue the king. Though America has since liberated itself from Britain, we still hold near and dear many of the country’s traditions—one of which is sovereign immunity. Even today, as a general rule, a person cannot sue the government. They can, however, sue employees of the government who were acting within the scope of employment when the negligent act occurred. If you believe that you have a claim for negligence (otherwise known as “tortious” conduct, hence the term “tort”) against a federal employee or agency, you must first determine if your case qualifies under the FTCA. If it does not, there is a good chance that your case will be barred by sovereign immunity.

However, each state has passed its own set of laws (often called the “Tort Claims Act”) in which many have waived their immunity. Florida is one of those states. Under Florida Statutes section 768.28, a person who is injured by the government or a government employee may file a personal injury claim if the following apply:

Of course, Florida did not waive all of its immunities, and it does impose certain limitations of claimants, including:

Retain the Help of an Aggressive Miami Personal Injury Lawyer

At Spencer Morgan Law, our Miami personal injury attorneys are armed with the knowledge you need to build a sound case and win your claim—no matter who you are going up against. Whether you want to file a personal injury claim against the government or a car accident claim against your neighbor, we are ready to serve you. To schedule a free consultation, call our team or contact us online today.