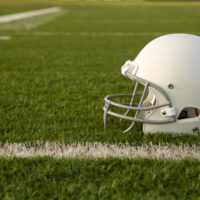 School is in session and football season has officially returned. This means football fans and onlookers will be flocking to stadiums in Miami and throughout the country to watch and cheer on their favorite NFL, college or even high school teams. While watching football games, fans can get rowdy in stadiums and fights are possible. Stadiums’ responsibility is twofold – provide entertainment and make sure fans are safe. If a fight breaks out, and multiple people receive injuries, who is responsible? This article will discuss the reasons for injuries at football stadiums, proving the stadium is liable for the injuries, and the assumption of risk defense that the stadium will use in the event a lawsuit arises.

Fans pack the stadium during football season for one reason – to see their team win. Unfortunately, safety often takes a backseat to their love for the game. Many people horseplay in stadiums by sliding down handrails on stairs or escalators. Some people drink too much alcohol and some people even fight because someone is wearing the other teams’ colors. Lack of safety results in serious personal injuries and even wrongful death.

Besides the above, below are some common injuries and hazards that occur at football stadiums:

Determining liability for an injury that occurred at a Miami football game is never easy. It’s best to discuss the situation with a Miami personal injury attorney to investigate, locate evidence, and determine how contributory negligence applies.

For example, if you contributed to your own injury, you may not be able to sue. If you do sue, more than likely there will be a decrease in the amount of compensation you can receive due to your participation. Hypothetically, had you not slid down the handrail of the stairs, you would not have broken your arm.

In order to hold the stadium liable for the injuries, the plaintiff must show the following:

The Stadium Will Claim Assumption of Risk

Unknowingly, each ticket holder assumes risks and dangers associated with football. Many fans don’t read their tickets once they get them. They either put them in their pocket and toss them when the game is over. Assumption of risk is one way the stadium tries to waive its liability for any injuries that occur while on the property.

If the situation is justifiable for a lawsuit, the plaintiff should be prepared for the stadium to use the assumption of risk defense. The stadium will say that you knowingly engaged or participated in the activity that resulted in the injury.

If you or a friend was attending a football game in Miami and received injuries at the stadium, you need an experienced and knowledgeable Miami personal injury attorney to obtain aggressive representation and ensure that your needs are met.  Call Spencer Morgan Law at 305-423-3800 or contact us online for a free and confidential consultation to discuss the injuries from the stadium.