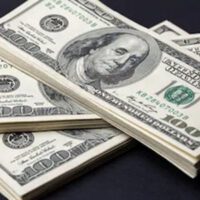 Punitive damages, which are also sometimes referred to as exemplary damages, are damages awarded when a defendant was clearly reckless and their behavior caused the auto wreck or they intentionally caused the car crash. These awards are above and beyond compensatory damages for direct expenses, such as lost income and medical bills. They are called punitive because punitive damages are meant to send a message, to let society know inexcusably reckless behavior is not accepted.

Florida car accidents don’t often result in punitive damages, but it is not impossible. If you feel another was intentionally malicious or overly reckless, discuss your situations with a Miami car accident lawyer.

There are often maximum amounts on punitive damage awards, and Florida is no exception. In the state of Florida, punitive awards in connection with car crashes are capped at whichever is greater— half a million dollars or three times the amount of a compensatory amount. There are exceptions to this cap, but it will need to be proven there was a financial motivation for the inexcusable act.

For example, if a trucking company has semi trucks in its fleet that they know are defective, they could be held responsible for a damage amount beyond compensatory damages. Doing so would penalize the company and send a strong signal to other trucking companies that this way of doing business will not be tolerated.

Talk to a Miami Lawyer About Different Types of Damages

Before deciding if you are eligible for compensatory damages, punitive damages, or a combination of the two, talk to a Miami car accident lawyer. Each situation has its own details to assess. In order to receive a full and fair settlement, you need a professional who is experienced in the intricacies of personal injury law on your team.

Are you recovering from a Florida crash and would like some candid advice about the possibility of securing punitive damages? An experienced attorney can help. Talk to the Miami personal injury attorneys at Spencer Morgan Law and have a lawyer negotiate with an insurance company for you. We have experience proving negligence, negotiating with insurance companies, and taking cases to trial. Contact us today at 305-423-3800 to schedule your free consultation.