Pharmacists Can Be Liable For Malpractice, Too 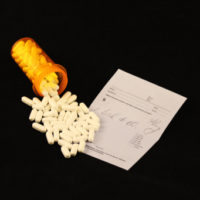 When most people think of medical malpractice, they think of negligent doctors failing to make a diagnosis, or negligent surgeons who left sponges or other surgical devices inside of a patient. Most people would not think that a pharmacist could be guilty of medical malpractice. However, pharmacists handle hundreds of prescriptions on a weekly or even daily basis. It is not unthinkable, then, that they would accidentally get a prescription mixed up, assign the incorrect dosage, or fail to consider the interaction between one medicine with another prescribed to a patient. When pharmacists mess up, it can result in serious and debilitating injuries or even death. If a pharmacist’s error caused yours or a loved one’s injuries, call the Miami medical malpractice attorneys at Spencer Morgan Law to schedule a free case evaluation.

In 2009, an Ohio pharmacist pled “No Contest” to a charge of involuntary manslaughter for a mistake that occurred under his supervision and that resulted in the death of a two-year-old girl. He faced five years in prison and up to a $10,000 fine. That same year, The Institute of Medicine (IOM) released a report that showed such errors are not uncommon. In fact, of the estimated 98,000 medical malpractice fatalities that occur each year, nearly 10 percent are the result of medication errors. There was talks about making dispensing errors criminal offenses, but not much resulted from them.

Then, in 2015, the same talks resurfaced, this time backed by a ten-year study done by the pharmacy underwriter group CNA and Healthcare Providers Service Organization, “2013 Pharmacist Liability: A Ten-Year Analysis.” The study examined CNA’s closed claims and determined that a whopping 75.3 percent arose from patients who either received the wrong drug (43.8 percent) or the wrong dose (31.5 percent). Of the cases that occurred between 2002 and 2011, 13.6 percent resulted in overdoses and 11.7 percent resulted in death. An equal percentage of mistakes resulted in severe harm, such as permanent brain damage and premature birth.

Other than a few cases such as that of the Ohio pharmacist, most prescription error cases are brought in civil court and not treated in a criminal manner.

Human error is believed to be the number one cause of medication dispensing errors. However, inadvertence is not the only cause. Experts believe that other sources of dispensing mistakes include:

In the first two instances, a pharmacist may face criminal charges. However, if human error or pressure to work too quickly caused the mix up, the pharmacist may only be considered negligent.

Pharmaceutical errors can have the potential to ruin a person’s life, or even to take it. If you or a loved one is the victim of a pharmacist’s error, you may have a viable medical malpractice claim on your hands. Call the Miami medical malpractice lawyers at Spencer Morgan Law to schedule a free and confidential consultation, and to learn more about how you can pursue a legal claim.