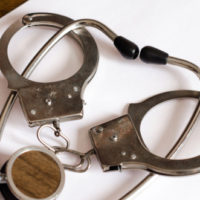 When most people think of medical malpractice, they think of the incidences they hear about on the news: patients with medical sponges left in them after surgery is completed, dentists who pull patients’ teeth out while patients are anesthetized, and doctors that perform the wrong procedure on the wrong patient. However, medical malpractice is not always about what a doctor does. Sometimes it is about what a doctor fails to do.

Failure to diagnose is one of the most common causes for medical malpractice claims. The wrong diagnosis or a missed diagnosis can mean the difference between life and death for a lot of people. A person diagnosed with stage two breast cancer might have a survival rate of 82 percent, while that same person diagnosed at stage four might have a survival rate of just 15 percent. Doctors are trusted to not just make things better, but to prevent life-altering or life-taking diseases. A doctor who has all the information and resources necessary to make an accurate diagnosis but who fails to do so can and should be charged with medical malpractice.

Cancer is a prime example of when failure to diagnose can cause life-altering and irreversible effects. One such case was heard back in 2012, when a 40-year-old mother of three went to her doctor because of a lump in her breast and was told it was “nothing but a clogged milk duct.”

The woman first felt a lump the size of a marble in her breast during a self-exam in 2002. She scheduled an appointment with Dr. Paul R. Fisher at the Carol Baldwin Breast Cancer Center in Stony Brook, N.Y., where she underwent a mammography. Dr. Fisher told her not to worry, that the lump was a clogged milk duct that developed after she recently finished breast feeding her third child. Sixteen months later, the lump had grown, and so she returned to the same doctor, who then diagnosed her with breast cancer.

According to the woman’s attorney, his client had taken comfort in Fisher’s initial diagnosis and simply thought that the “milk duct” was infected. She held onto this false sense of hope until her second appointment in February of 2004. By that time, the cancer had spread to her lymph nodes. After she underwent chemotherapy, a mastectomy, and radiation treatments to fight the cancer, it has spread to her bloodstream and metastasized to her bones.

Jurors sided with the woman and awarded her $15 million in damages.

For many, the case was especially moving because she had done everything right. She performed regular breast exams and scheduled a mammography when she thought she felt something unusual. In any other situation, the woman’s prognosis would have been a good one. At the time of her trial, it was “uncertain.” Two years after the verdict was handed down, the woman passed away.

Proving medical malpractice involves several factors. In addition to proving that the basic requirements existed (a patient/doctor relationship, negligence, causation, and damages), the patient and/or his or her family must be able to obtain expert testimonies from one or more professionals in the same line of work as the defendant. The expert must be able to attest to the fact that he or she would have made an accurate diagnosis given the same information, same training, and same medical history the original doctor was privy to. The expert must also show how he or she would have done things differently had the patient gone to him or her instead of the defendant.

For instance, one specialist in the woman’s case, a radiologist, explained that Fisher should have performed a sonogram and not just a mammogram. Mammograms are great for spotting cancer in older women, but in younger women with calcifications in their breasts, the radiation could easily pass through a cancer mass. Experts also agreed that further investigation should have performed given the size of the woman’s lump and the density of the mammogram image.

In addition to expert testimony, plaintiffs also need thorough medical records, images, and accurate accounts of how they were treated when they approached their medical professionals with their initial complaints.

What You Should Do in the Face of Medical Malpractice

This woman’s case was almost open and shut. A young woman complained of a lump and her doctor did not investigate it properly. She was diagnosed with breast cancer, cancer that happened to grow in the exact same area of her initial marble-sized lump, just 16 months later. Though Fisher and his legal team tried to deny the evidence, the facts were indisputable.

Not all medical malpractice cases are like this woman’s though. Many are complex and difficult to prove. Because of this, many medical malpractice claims are settled out of court or not heard at all. Do not let that be the case with you. If you or a loved one has an illness or disease that has progressed because of a failed diagnosis, wrong diagnosis, or improper treatment, reach out to the Miami medical malpractice lawyers at Spencer Morgan Law right away. You have rights, and you should not wait until it is too late to fight for them. Call now to schedule your free consultation.