Liability for Teenage Drivers in Florida 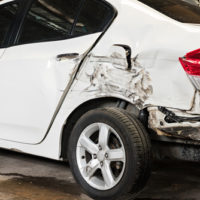 With winter break just around the corner, more teens than normal will be free to drive around at all hours of the day or night. While that does not necessarily mean that those teens are up to no good, the truth is that teens are far more inexperienced behind the wheel than adults and much more likely to cause car accidents. When teen driving accidents do occur, victims and their families want to know: who is liable – the teen or the teen’s parents?

At Spencer Morgan Law, our Miami car accident attorneys are intimately familiar with Florida’s liability laws. We have helped countless accident victims recover compensation for harms caused by others’ negligence, and we are prepared to do the same for you. If you were injured in a car accident caused by a teen driver, reach out to our Miami personal injury law firm today.

According to the CDC, the leading cause of death for teens across the United States is car accidents. Fortunately, teen driving deaths and accidents ARE preventable. However, prevention begins with awareness. Some statistics of which you may want to be aware include the following:

The numbers very clearly indicate that teen driving is dangerous, yet parents continue to let their adolescents drive around without adult supervision, which begs the question: should parents be held liable for a teen driver’s damages?

The theory of dangerous instrumentality arose back when there were master-servant relationships. The idea behind it was that if a master allowed a servant access to or use of an instrument that was either inherently dangerous or could be used in a dangerous way, and if the servant injured another person because of the master’s decision, the master could be held liable for his or her servant’s misuse of the instrument.

Most courts do not view vehicles as dangerous instruments. Florida, of course, is the exception. This was decided back in 1920, when the Florida Supreme Court ruled in Southern Cotton Oil Co. v. Anderson, that it was appropriate to consider an automobile a dangerous instrument because of the large number of deaths that the machines were causing. In the Supreme Court’s words, “[O]ne who authorizes and permits an instrumentality that is peculiarly dangerous in its operation to be used by another on the public highway, is liable in damages for injuries to third persons caused by the negligent operation of such instrumentality…” The courts further went on to justify that vehicle owners should “not deliver [the vehicle] over to anyone he pleases and not be responsible for the consequences.”

So, to answer the question of who should be liable for damages caused by a teen driver: if the parents owned the vehicle which the teen was driving at the time of the accident, then the parents would be responsible for damages.

Caps on Damages When Vicarious Liability is Involved

Unlike standard car accident cases in which there are no caps, Florida places caps on how much compensation victims who sue under the theory of vicarious liability may receive. Damages are capped at $100,000 per person for the negligence of a permissive driver and up to $300,000 for bodily injury. The exception to this is if the permissive driver was driving a vehicle for commercial purposes, in which case, there are no damage caps.

Even if a teen bought a vehicle with his or her own money, his or her parents may still be held liable per Florida Statute 322.09(2). This statute states that any adult who signs a minor’s driver’s license application can be held jointly and separately accountable for damages caused by the minor’s “negligence or misconduct.” Unlike a claim brought under the theory of dangerous instrumentality, there are no caps on damages when one brings a lawsuit against an adult who signed a negligent minor driver’s license application.

If you or a loved one was injured in a car accident caused by a teen driver, there are several ways in which you can hold the teen’s parents or guardians accountable. Reach out to the Miami car accident attorneys at Spencer Morgan Law for the legal guidance you need to maximize your award today.