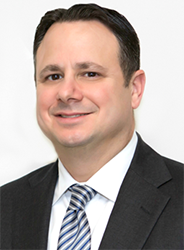 Mr. Morgan was admitted to the Florida Bar after graduating from the University of Miami School of Law in 1996. Before that, he graduated with honors from James Madison University and made dean’s list while studying at the University of Salamanca in Spain.  During law school, Mr. Morgan interned for the Chief Federal Magistrate of the Southern District of Florida, William C. Turnoff, and interned for J. Daniel Dowell, the Chief Immigration Judge at the Executive Office of Immigration Review.

Mr. Morgan is admitted to practice law in all of the State Courts in Florida as well as Federal Court in the Southern District of Florida. Mr. Morgan very much enjoys interacting with his clients and tries to touch their lives in a meaningful way. In his free time, Mr. Morgan enjoys biking, playing tennis, travel, following the Miami Heat, a good cigar on occasion, and spending time with his wife Maria and two girls, Amanda and Katelin.

Mr. Morgan is a Preeminent AV rated attorney and part of the Million Dollar Advocate Forum 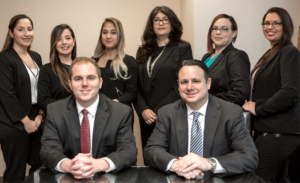 The “Preeminent AV rating” is the highest peer review rating an attorney or law firm can receive. It is given by the most established and well known legal directory in the world. This means that attorneys at other firms believe that Spencer G. Morgan is among the best.

Established in 1993, the Million Dollar Advocates Forum (which includes the Multi-Million Dollar Advocates Forum) is one of the most prestigious groups of lawyers in the United States.  Membership is limited to attorneys who have won million and multi-million dollar verdicts and settlements. There are less than 4000 members throughout the country.  Fewer than 1% of U.S. lawyers are members. 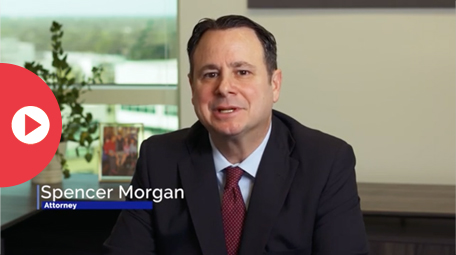